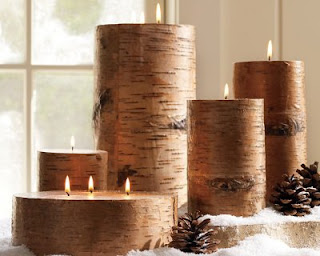 It's early Sunday morning, I am up to day 3 in bed with some obvious travel lergy and I leave for Oz on Tuesday (ears willing)!
Usually I look forward to going home for Christmas. It is a time of warmth - literally - laughter, friends, family and fun. This year looks a little different. I have a 90 year old father who will come out of hospital after a back op and will need 24 hour care, an 80 year old mother who is about to collapse from the sheer emotional weight of being the sole carer, and a darling friend and mother of two who faces the long and scary battle against an invasive breast cancer. How quickly life can change. I guess in light of all this I have a lot to be grateful for. And I really do.
As I look back on this year's blog, I realize that it has taken a back seat to my real life. So many wonderful and fulfilling things have happened this year that I have wanted to really 'live' life rather than ruminating on it. Plus of course, the work travel has been ridiculous. So next year I want to try and organize my time better so I am spending less time living out of a suitcase between travel overseas for work and across town to stay at my partner's place, and more time at this blog. We shall see.
In the meantime, I have a pile of books ready to take to Melbourne in the slim hope I will find time to swing in the hammock under a gum tree. This is where I wish I was a kindle lover, but sadly, I prefer to smell the ink on a new hardback! My pile includes the following, some old, some new:
I light candles on this page in thanks for a wonderful year and in thought to all those facing hardship, struggle and pain. Happy Christmas and may 2011 be an easier one for you. x
Posted by Aussie New Yorker at 7:59 AM 2 comments:

Going Nuts for the Nutcracker 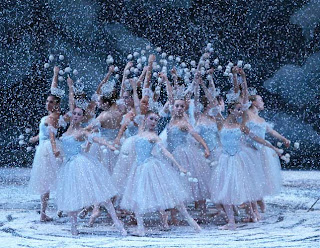 It's official. The US is obsessed with the Nutcracker. Every year at this time, there is some version of this beloved ballet playing somewhere around the country - from the heat of Hawaii to the potentially snowy Manhattan.

I remember the first time I saw the Nutcracker. I was 15 and my Dad took me to watch the Australian Ballet dance it in Melbourne. It was my first ever ballet and I was enchanted by the music, the fake snow - I had never seen real snow - and the costumes. I didn't love it enough to want to actually don a tutu myself, but it conjured up all that is good and sweet and fun about childhood.

The first Nutcracker was performed at the Mariinsky Theatre in St Petersburg in 1892. Tchaikovsky was commissioned to create a double-bill program including an opera and a ballet. The Nutcracker was an adaptation of E.T.A Hoffman's story The Nutcracker and the Mouse King. 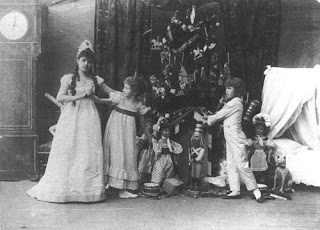 Original production, St Petersburg
Although the premier performance was not considered a success, through various iterations, it has continued to flourish up until today. And nowhere like in the US.

According to New York Times ballet critic Alistair Macaulay, the Nutcracker is loved nowhere else in the world like the US. The Russians have not  kept this ballet in their longstanding repertoire like they have with Giselle and Swan Lake. And Covent Garden declared a "Nutcracker-free" zone for 20 years. It is estimated that almost half the Nutcracker productions each year occur in the US.

This year, there are 3 companies in New York alone dancing different versions of the ballet. And don't think it is only performed in its original form. Apparently there is a Jewish Nutcracker, a production with a chinese dragon, another with hip hop and still another Lesbian/Gay Freedom and and Dance-Along Nutcracker in San Francisco! Take your pick. Whatever your taste, this ballet has become an American institution. Macaulay is so enamored with the ballet, he is running what he calls a "nutcracker marathon" this season, taking in 20 productions around the country.

For myself, I prefer the original Balanchine version. Tchaikovsky's score is partnered with all the Nutcracker wonders you know and love;  mischievous mice, marching toy soldiers, the Land of Sweets, a gorgeous big Christmas tree and of course, the Sugarplum Fairy. I look forward to being transported back to my childhood this Christmas. 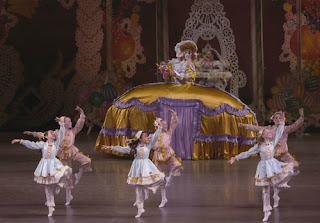 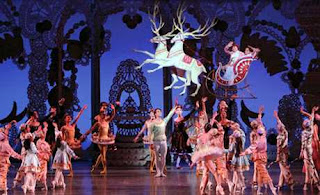 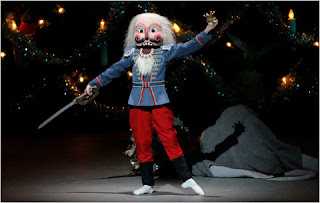 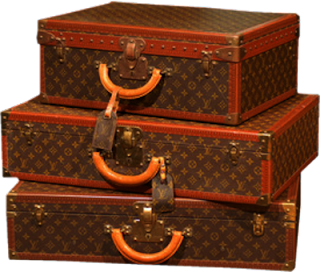 I feel like my life is one large suitcase at the moment, albeit not a LV case! In the air again, this time to London.
Posted by Aussie New Yorker at 7:10 PM No comments: 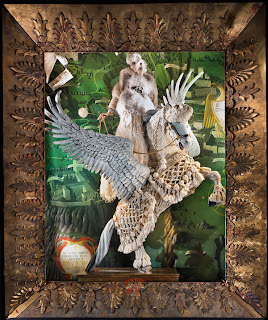 Ahh Bergdorf. Your holiday window dressing is as exquisite as ever. Perhaps a little too detailed this year with the props taking over from the fashion, but a delight nevertheless.
The theme is "Wish you were here" and focuses on fantasy travel to far-flung places, in many an exotic mode of transport. From a caboose to Equus to a magnificent flying machine, these windows transport us not only into a world of heavenly fashion, but also to some fantastical destinations. 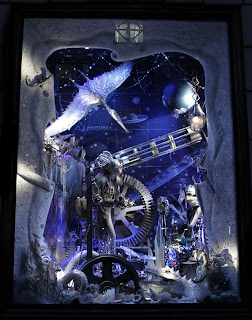 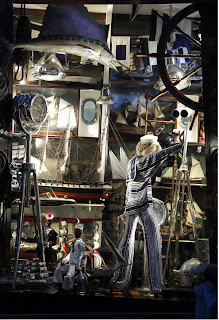 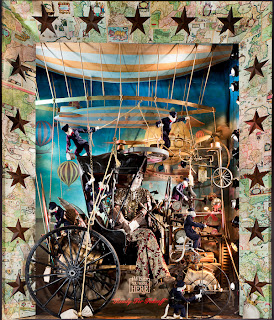 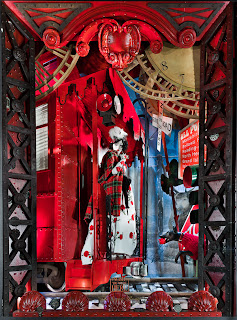 Wish you were here
And here's a video taking us behind-the-scenes of the making of the windows.