Shaw at the Players 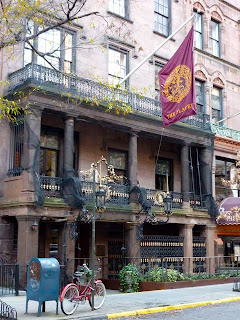 One of the marvels of this city is that there is always some type of theatre happening and usually in a distinguished, history-laden building. Last year I came across a wonderful program called Project Shaw. On the third Monday of each month, the Gringold Theatrical Group puts on a reading of a George B. Shaw play at the legendary Player's Club overlooking Gramercy Park. Between 2006 - 2009, they presented every sketch, full length and one-act play that Shaw had ever written. And they are continuing the tradition again this year, still at New York's most legendary private club.
The Player's was started by a Mr Edward Booth in 1888. He was America's leading Shakespearian actor at the time and wanted to create a private "gentleman's club" based on the Garrick in London. According to the Player's website, the purpose of the club was "the promoting of social intercourse between members of the dramatic profession and the kindred professions of literature, painting, architecture, sculpture and music, law and medicine, and the patrons of the arts...."

Mr Booth certainly seems to make a dashing Hamlet in the picture below. And not withstanding a historical scandal in his family - his younger brother John Wilkes Booth assassinated Abraham Lincoln - his memory lives on in the form of a bronze statue standing in the park, directly opposite the Player's. 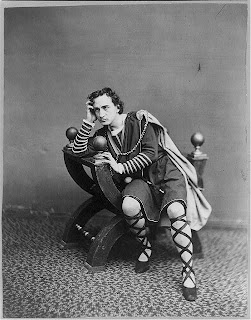 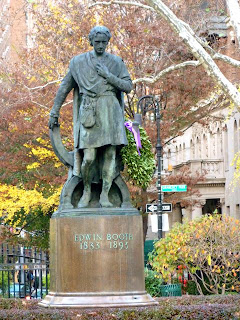 He also had some very influential friends. Mark Twain founded Player's with Booth and the famous architect Stanford White was in charge of converting the 1847 townhouse at number 16 Gramercy Park, purchased by Booth in 1888 for the handsome sum of US$75,000. This building - a national historic landmark since 1963 - sits in one of the most coveted neighborhoods in Manhattan. Not only is the private park surrounded by the most beautiful townhouses, inhabited through the years by politicians, actors and artists, it is also home to the National Arts Club and only residents facing the park are granted a key to enter the hallowed compound.
When I wandered there late one afternoon in fall, I had to make do with peering through the wrought iron fence and only imagine walking along the impeccably maintained pathways. 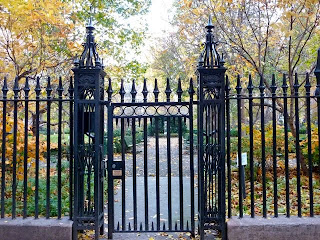 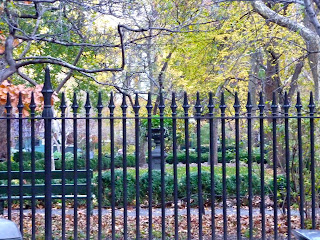 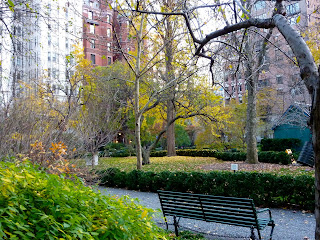 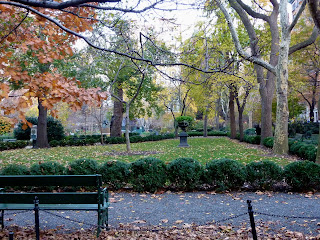 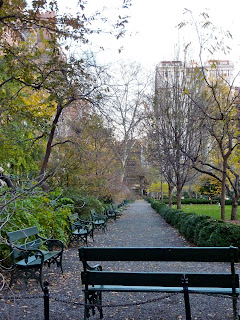 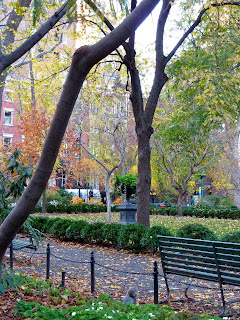 But back to Player's. Some of the more notable members have included Henry James, Norman Rockwell, Ernest Hemingway, Humphrey Bogart and Cornelius Vanderbilt. In 1989, women were finally allowed to become members and greats like Lauren Bacall, Angela Lansbury and Liv Ullman have all wandered the grand rooms of yesteryear. The walls are full of wonderful portraits of past members including some by the famous artist and Player's member, John Singer Sargent. There are also props and costumes on display from notable theatre productions - like the throne used in Booth's first production of Hamlet. 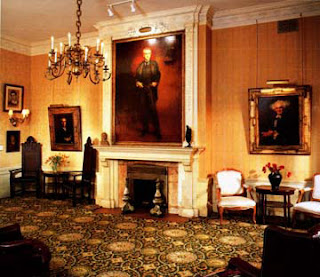 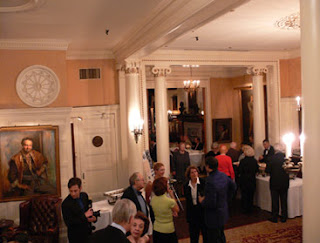 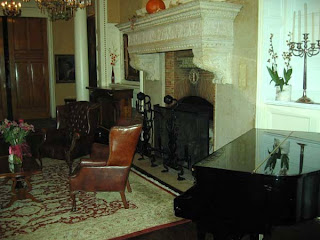 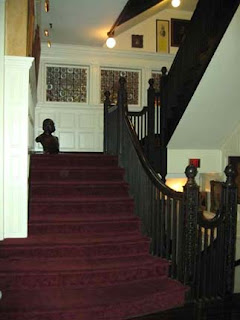 Even if you don't like musty old men's clubs, it is worth going to a Shaw reading just to get inside a legendary institution and breathe in the talent of so many famous past artists.

i LOVE musty old mens clubs as long as there are no musty old men inside. Did you go to the play? Are you going to go? xoxo

Yes! I went to "Arms and the Man" on Monday and a couple last year. At $25, it's a fab cheap night of entertainment! Next up in Feb: "The Philanderer".