Play Me, I'm Yours 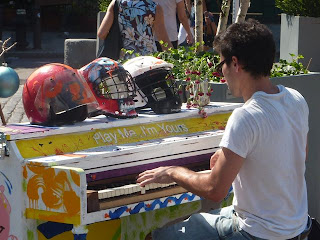 A really cool street installation has just finished up here in NY. It was called "Play Me, I'm Yours" by British artist, Luke Jerram and it has been touring globally since 2008.
Basically, Jerram worked with NPO Sing for Hope to install 60 pianos across the five boroughs of New York City. They were located in parks, streets, plazas etc and were available to anyone to just get on and play. Henri Matisse's granddaughter painted 4 of them and everyone from concert pianists to street urchins have tinkled these very public ivories.
Apparently Jerram came up with the idea in his hometown of Bristol England, where he was continually taking his washing to the laundromat. He was disturbed by the lack of interaction between fellow laundrette-goers and thought "put a piano in here, it can act as a catalyst for conversation."
The project has traveled to Sydney, Barcelona, London and Sao Paolo to name a few cities. Here in New York, everything from chopsticks to Chopin has been belting out in the open air for the past 2 weeks. Here are the pianos I came across. 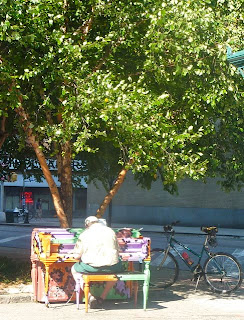 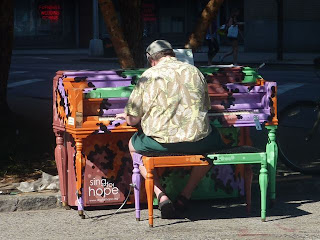 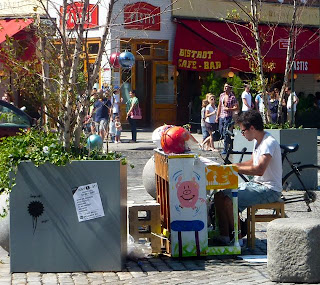 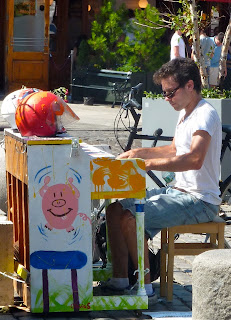