"The Audacity of Taupe" 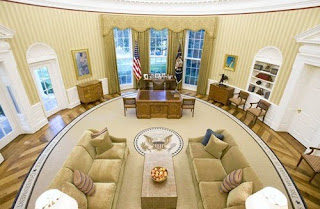 There has been a lot of chatter this past week about the redecoration of the Oval Office. No matter the pull out from Iraq or the fear of a double dip recession, the main preoccupation here for bloggers and journos alike has been what on earth we think of the President's seemingly bland new color scheme. 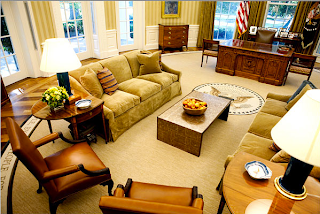 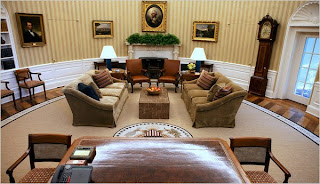 Apparently it is customary for new Presidents to redecorate the oval office and the colors seem to reflect the mood of the times. FDR appeared to have some german reich moment with his curtain design, while Bush Jr. went for bright gold and blue stripes. Here are some key moments throughout the office's history: 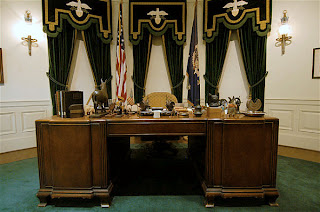 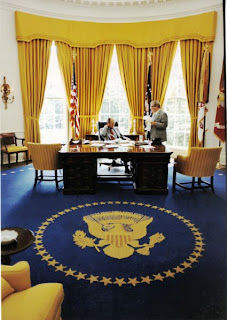 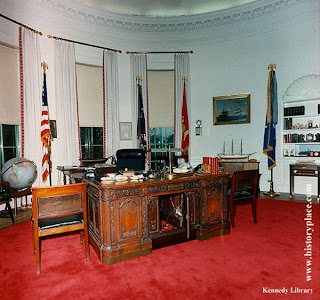 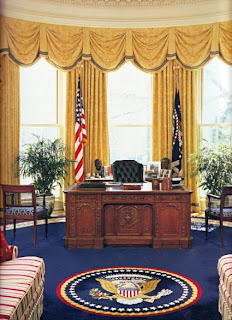 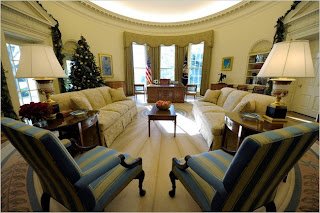 Bush's Oval Office
Which brings us to the present color scheme. The New York Times devoted 2 full pages to the revamp, using words like "tweaked," "subtle redo," etc. Style arbiters have been debating the sombre use of beige and more beige.  And here are some interesting decoration points from various Oval Office analysts  - if indeed you are interested:
But let's turn to the comments of the "taste makers" to really get a sense of what the world is thinking:

...It's very cautious, neutral, inoffensive, neither one thing or the other - like Audacity of Taupe.
Arianna Huffington, Editor of The Huffington Post

...Do we really believe any head of state, dignitary or staff member is going to help themselves to an apple while meeting with the president? Besides, what would you do with the core when you were finished?
Sheila Bridges, Decorator

...If Obama leaves a mark on his presidency, I don't think it will be through his fabric choices.
Jacob Weisberg, political columnist and chairman of Slate group

...What about the fruit bowl? Who is eating in there?...What visitor would grab an apple to eat with the President?
Tucker Viemaster, Lab chief at the Rockwell Group

...What we Americans want is good solid comfort, and I think the room delivers.
Miles Redd, Decorator

...Personally, I prefer a more regal office to the muted earth tones of the family den."
David Gergen, Senior political analyst at CNN and advisor to four presidents

Decorating is the last subject we need in the national debate right now. Even in the best of times, taste is not a subject that brings people together.
Stephen Drucker, Editor in Chief, Town & Country


...[The Presidents] can decorate the room in all black or purple or like a circus tent if they like. Whatever works for them is fine with me.
Sally Quinn, Washington Post columnist
At the end of the day, I guess Obama just wants to feel comfortable in a room where he more than likely spends more time than his own living room or bedroom. So if beige or taupe or camel or toffee makes him happy, does it really matter what we think? Maybe he is just a secret fashion devotee and wanted to be totally on trend this season by injecting some camel into his lifestyle - the political version of investing in heavenly Chloe this fall! 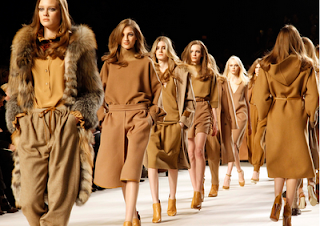 Worth it all for the pun.