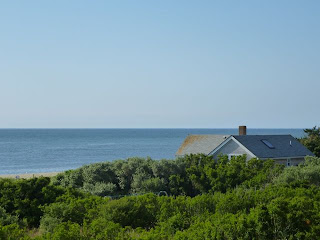 "Take out your map and look at it"
- Moby Dick

So wrote Melville about Nantucket in his famous book that was set on this incredibly beautiful island. Famous for being fiercely protective against fast food chains, speeding cars and development of any kind, the locals' desire for things to stay "the way they have always been" is to the visitor's advantage. Think charming wood-shingled whaling cottages covered in briar roses, cobblestoned streets in Nantucket town, wonderful old family compounds overlooking Nantucket Sound and perfect blue Atlantic waves rolling onto miles of golden sand.

The island of Nantucket was once inhabited by the Wampanoag Indians and its name means "faraway land" in their native language.  It is the smallest of the two islands off Cape Cod, Martha's Vineyard being the larger and more politically inclined (Bill Clinton holidayed there as does Obama now).  It is famous for being quintessentially New England in both spirit and political leaning. Translated, this means old Boston Republican wealth, lots of pastel colored chinos, "Nantucket Reds" and Ralph Lauren polo shirts.

But for all this conservatism, the island has maintained a relaxed, low key welcoming vibe that is made even more beautiful by the efforts of the locals to preserve much of the island's cranberry bogs, marshlands and oak-covered fields. In fact, 40% of the island is now conserved. That is amazing given the island is only 14 miles long and 3.5 miles wide.

So the anesthetist and I finally arrived at this island paradise over a week ago after a cancelled Saturday flight and a no-show air hostess Sunday morning. We headed straight for the easternmost tip of the island to the charming fishing village of Siasconset, commonly known as 'Sconset. The main street
consists of a food market, post office and cafe only. The streets of town are lined with tiny wood shingled cottages unchanged from the 18th century. Each one is filled with brilliantly colored hydrangeas, sweet peas and daisies and some have wonderful views across the Atlantic. Many have gates strategically placed so the viewer looks straight at the water or a gorgeous floral scene that is bordered by hedge. And then there are the larger homes that stand like soldiers to attention along the cliff, flags flying like an army waiting for battle. There are so many beautiful places, but but here are some of my faves. 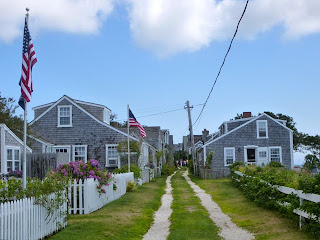 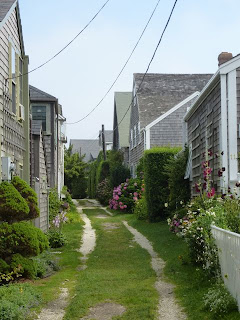 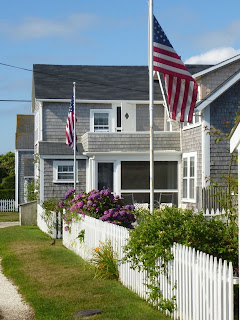 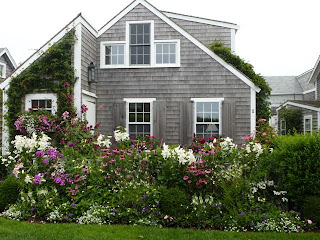 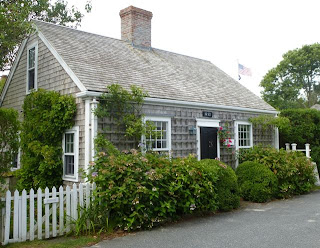 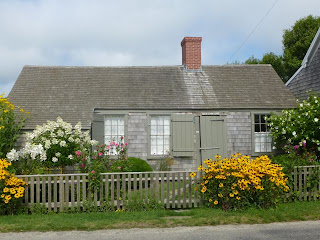 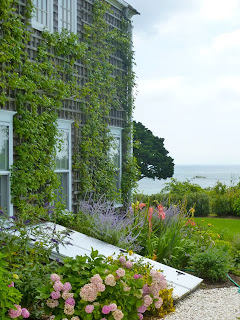 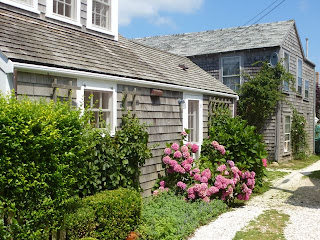 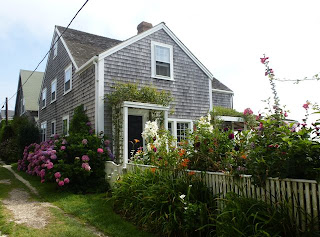 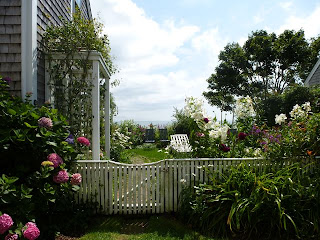 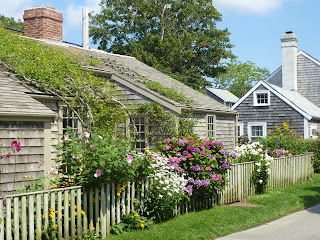 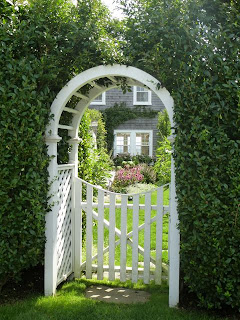 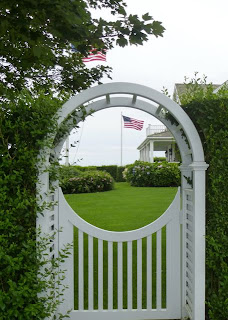 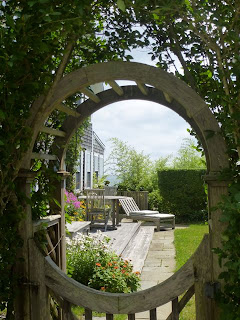 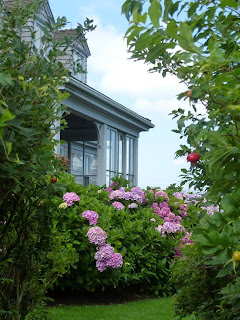 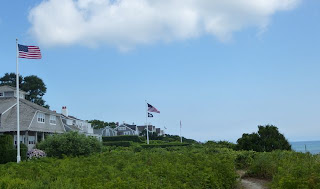 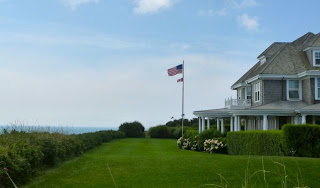 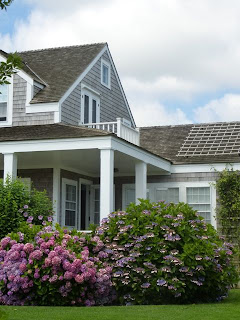 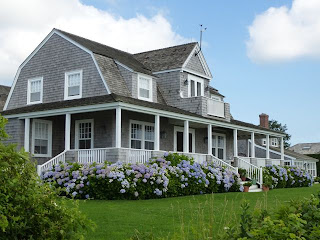 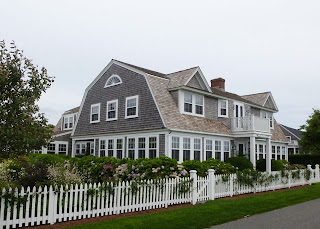 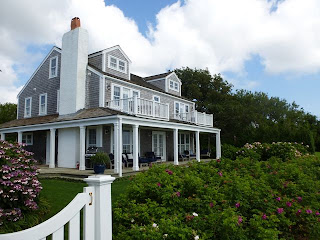 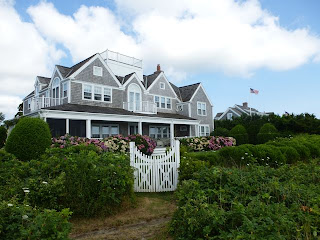 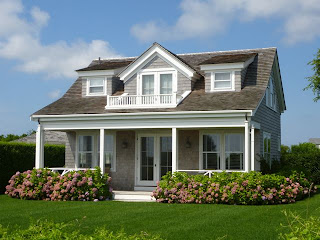 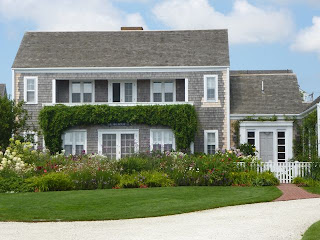 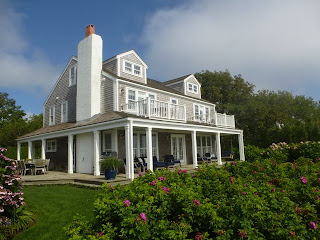 Oh my how divine. Would love a shingled home like that. Doesn't really suit here though does it.

I am sure the last book by Geraldine Brooks was set on Nantucket. About the first indian to go to Harvard. And then there is one of my favourites ever, Nightbirds On Nantucket by Joan Aiken. Full of whales and feisty girls.

Caleb's Crossing! I picked that up and Moby Dick so many times in the best bookstore in Nantucket town, but couldn't bring my self to buy either. I forgot about Joan Aiken! The Wolves of Willoughby Chase was my fave of hers.