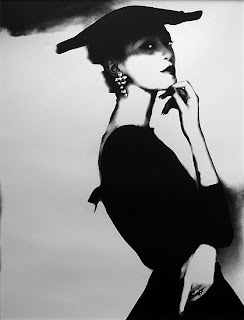 I am obsessed with fashion photography - from Avedon and Newton to Klein and Testino. New York is probably the best place to be if this is a passion, as there is always an exhibition showing somewhere. So last weekend, I was excited to find an exhibition of Lillian Bassman's work at the Staley Wise Gallery in SoHo.
Bassman was born in 1917 and began her career at Harpers Bazaar in the forties, as a protegée of the famous Art Director Alexey Brodovitch. She then took up photography based on the advice of her great friend and colleague Richard Avedon and shot fashion at Bazaar for over a decade. But her real fame came when she was in her late 70's and she found some negatives of her early work that she thought she'd destroyed when she had famously decided to dispose of her career in the 1960's. She began to manipulate these early images in the darkroom, blurring and bleaching them, before more recently moving onto digital manipulation.
The result is these wonderfully soft and feminine images which still maintain that famous silhouette of the fashion from the 40's and 50's, but now focus more prominently on the elongated neck and limbs of the models, with which Bassman was so taken by initially. She once explained her work like this: "The women who intrigued me had the most beautiful necks and the most responsive hand movements.....At one point, I found El Greco and that elongated look became part of my way of seeing".
Bassman in now in her 90's and still going strong. There is a beautiful book available called "Lillian Bassman: Women"that features these photographs. 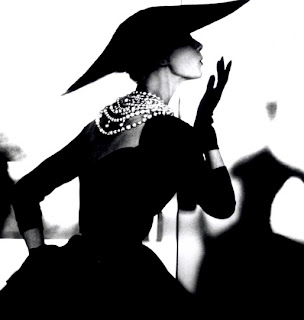 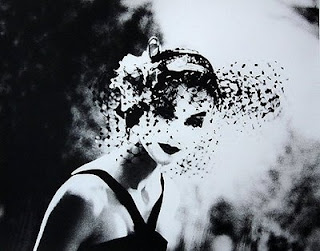 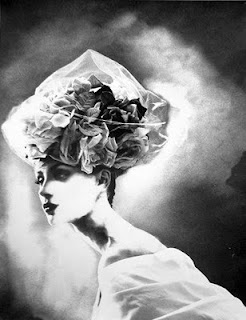 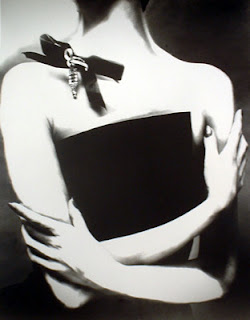