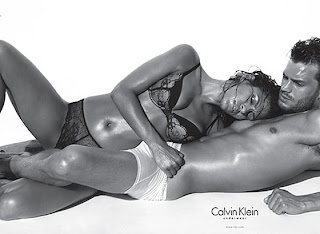 I was stopped by a journalist in SoHo the other day and asked what I thought of the Calvin Klein billboard across the street. You can't miss it. It's spans a block on the side of a building overlooking East Houston St. And it's hot. Or pornographic, depending on your point of view.

Apparently SoHo residents are up in arms over Calvin's latest billboard featuring a sweaty Eva Mendes in extremely sexy lingerie tugging at the white boxers of a very "fit" looking male model.  This is not the first time a Calvin Klein ad has caused controversy. Last June the brand had to pull another billboard from the same site featuring a threesome/orgy: 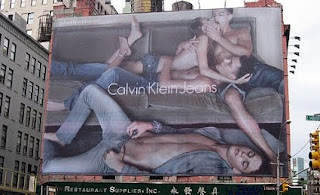 And who can forget the Kate Moss "heroin chic" ads from the early 90's or the provocative Obsession ads? 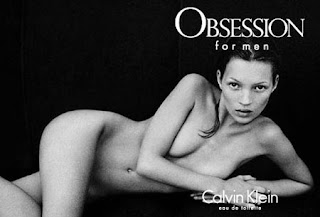 Then there are the Abercrombie and Fitch billboards/ store cladding which don't seem to cause contraversy, which is weird given they still feature larger than life nude male torsos and a lot of crotch: 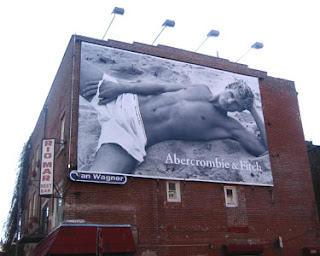 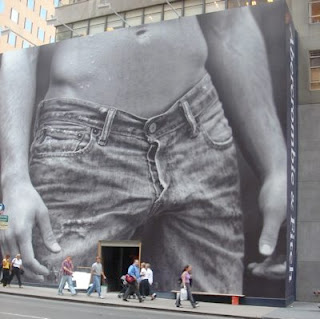 I love them all. For me, this "street art" is all part of New York's urban fabric. You walk along a normal street and then you are suddenly hit with a giant ad. This one for Barney's is in my hood: 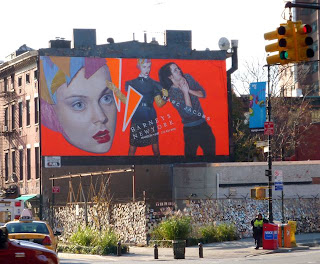 And this DKNY billboard was iconic in SoHo for nearly 2 decades: 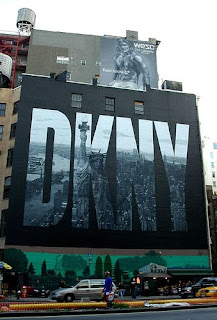 Unfortunately, this has now been replaced by the drab and uncreative Hollister logo, as they are the new tenants of the building: 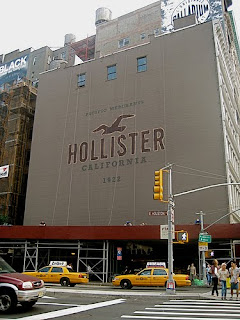 The Louis Vuitton building on Fifth Avenue has currently turned itself into a giant ad for its new collection of city guides. 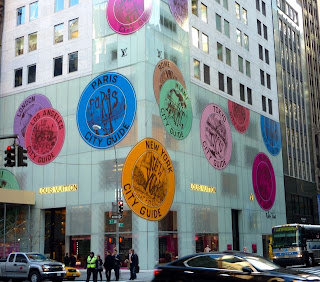 So continue the contraversy I say. And keep New Yorkers on their toes.

Hmm I love giant billboards but the sweaty one is a bit much I feel hot under collar just looking. And that Kate Moss one looks so quaint now! Hard to see what all the fuss was about. xoxoxo