Rock 'n' Roll in the City 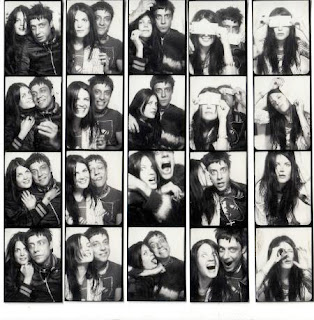 I think the last big rock concert I went to was in the eighties, when I saw U2 play in Melbourne. I was sure my rock days were over. But that was before I met the 51 going on 21 year old anesthetist. He always told me he is a frustrated music producer. He strums a guitar well and encourages his sons to improve their rap lyrics. His i-pod positively bursts with music from every corner of the earth and he has been known to break into strange dance moves after attending open air concerts in Brooklyn to hear brands with names like Dead Weather and Bon Ivor.

So it should have come as no surprise when he told me he was taking me to see The Kills. Now, I had no idea what sort of music they played. Knowing the anesthetist, it could be anything from gangsta rap to sufi music. The only thing I did know about the band was that the guitarist Jamie Hince just married Kate Moss, so that meant they had to be pretty cool, because who else could pull off a sky blue YSL suit when marrying one of the coolest girls who walks this planet? 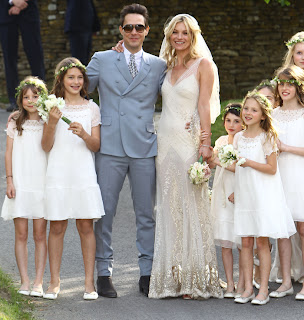 So that just begged the bigger, most important question; what does one wear for such an outing? It's bad enough working out what to wear to work every morning in Manhattan, but going to see an indie rock band at my age? Surely that shouldn't be allowed. I mean, I know 40 is the new 30 and all that, but aren't we supposed to be seen at the opera or some Upper East Side charity do? Not at some grungy west of west side dive where the beer is served warm and in plastic cups! To top it off, I was told on numerous occasions that singer Alison Mosshart is a super cool, super sexy tigress on stage, so that made the fashion stakes even more challenging.
It had to be black. That much I knew. But try contemplating black boots, black jeans and a black t shirt when it's 90 degrees and you no longer have a body like a 20 something hipster! (Ok, I admit I never had that type of body).  Fine. When you can't beat join 'em, beat 'em. With the help of the very fashion astute anesthetist, I mixed the insouciant grunge of yesteryear with the modern rock fashion of today; black outfit with a YSL Tribute sandal in tan. Alexa Chung, eat your heart out!
And after all that stress and anxiety, fashion verdict on the night? The crowd was a boring, uninspiring fashion disaster. At least Ms Mosshart didn't dissapoint with her feline antics on stage. 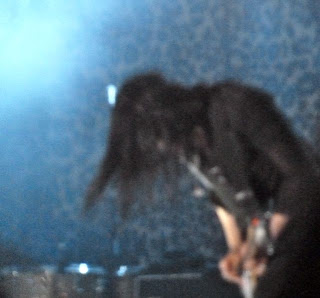 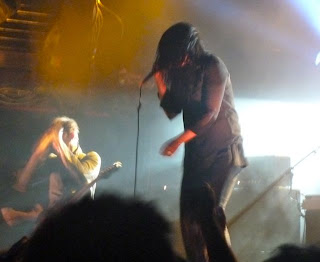 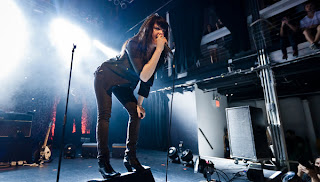