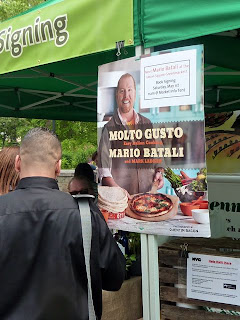 Mario Batali was signing his latest cookbook at the Union Square Greenmarket on Saturday. No fanfare,  no security, just a canvas awning, a pile of books and a conga line of eager recipients. 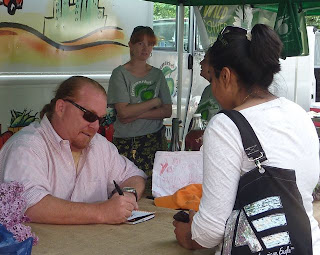 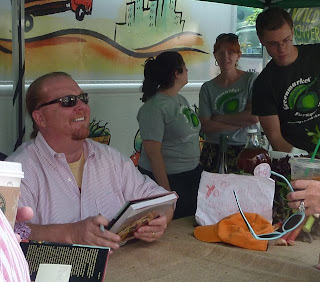 Regardless of what you think of him - overweight, unattractive, too commercial - you have to hand it to him for promoting the chef as cultural icon. When it comes to known chefs in New York, Batali has achieved cult status. In Sydney we also have our "chefs on a first name basis" - Sean, Matt, Luke - but Batali towers over his colleagues here because of his pull with the masses and his ubiquity.
He became a household name with Iron Chef America.... 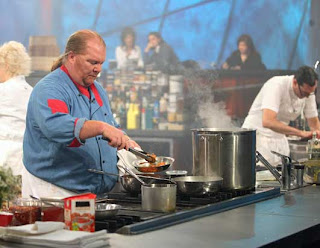 ...and cemented it with his TV series On the Road Again, in which he traveled around Spain with Gwyneth Paltrow and two other hotties, tasting the country's delicacies. 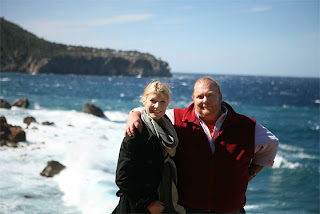 And no one can dispute he owns a group of fabulous foodie haunts in Manhattan. Babbo sits at the top of his stellar empire. Awarded 3 stars by the New York Times, one New York Michelin Guide star in 2005 and a waiting list to be very proud of, Babbo is the quintessential New York Italian dining experience. The fact that Mario actively cooks there is another bonus. 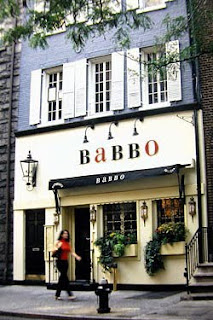 Lupa is a very relaxed Roman trattoria. It's loud and hectic and always a challenge to get into (are we seeing a pattern here yet?) but has great food. Known for its pasta and salumeria, Lupa is sometimes referred to as the "poor man's Babbo". 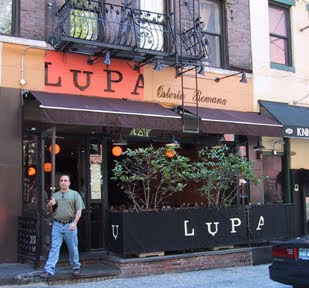 Del Posto is the type of place you go to for a very special occasion or preferably a very special work function so you don't have to pay! I don't think the decor is that amazing - it is always referenced in reviews here, particularly the sweeping staircase as you enter - but you go so you can say you've been, and the downstairs function rooms are fabulous. You feel like you are dining in an old castle. 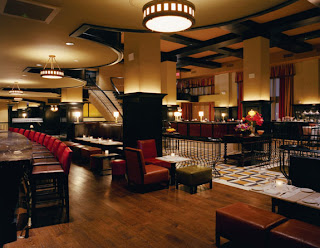 Casa Mono and Bar Jamon are nestled next to each other Grammercy Park and Union Square. These are two of my faves. They're dark, super causal, intimate and both offer little plates of delicacies from Spain plus a ridiculously lengthy list of spanish wines and sherries. Hard to get a booking - again! - but worth going early just so you can sample the tapas. And if you have to wait for a table at Casa Mono, go next door and have a drink at Bar Jamon. 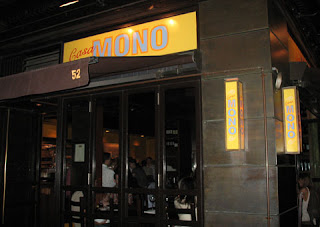 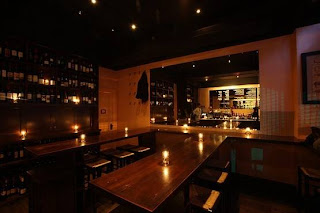 I didn't get a book signed by Mario on Saturday, but I was impressed with his lack of pretension. Kind of like his cooking; simple, tasteful and for the people.
images: 1 - 3: mine, abc news, guardian, eatdrinkbetter, igougo, gothamist, mango and lime, new york metromix
Posted by Aussie New Yorker at 7:05 PM