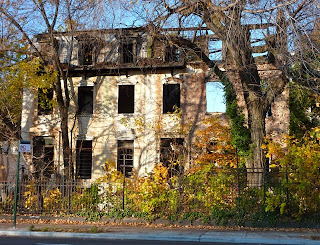 Progress (DEF): Development or growth....steady improvement.
-The Free Dictionary
You may have read my post here about my walkabout in Brooklyn. One of the more memorable areas was 'Admiral's Row,' a line of wonderful if not dilapidated houses that date back to the Civil War. Part of the Brooklyn Navy Yard, they have housed naval families over the centuries but most recently been left to decay due to government wrangles over ownership and conflicting development/preservation plans.

Well, all that has all come to a head now in the name of progress. The site has been handed back to the Navy Yards and approval has been granted for a mega supermarket, industrial space and car park! 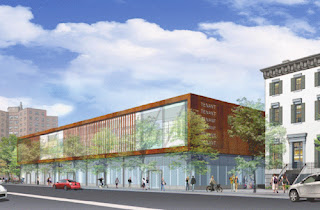 Nothing like destroying a piece of history in the name of economics. Apparently one of the houses and the unique Timber Shed are planned for restoration and preservation. The rest of Admiral's Row will eventually be demolished. Let's enjoy glimpses of what were once beautiful architectural gems while we can. More images can be found at this website. 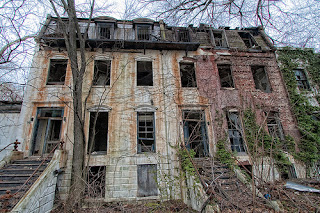 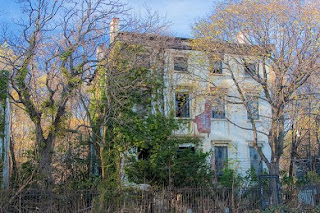 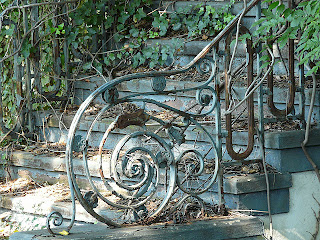 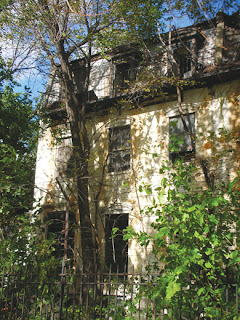 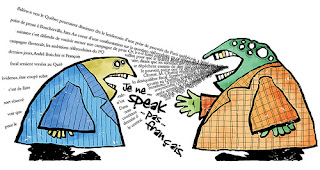 Language is a wonderful thing, isn't it? I almost wish I had studied phonetics and of the history of the English language. This desire was prompted by my reading of a recent survey in the Economist about the "Americanization of English". I started thinking about the language barriers that exist between Americans and Aussies living here. I know that seems odd given we all speak “English," but I have been in plenty of meetings where I say something that I don't think is anything other than english and am faced with completely uncomprehending stares.


For example, did you know that Aussies pack a picnic in a hamper, but when I suggested this as a holiday gift for editors, the American members of the meeting blanched. Apparently here, a hamper is what you put your dirty laundry in!


And when I talked about “bits ‘n bobs," the meeting positively turned into riotous laughter, followed by a necessary explanation from myself. I am pleased to say I was later exonerated on this one, when with much excitement, my colleague called me to say she had just heard a TV morning show 'anchor ' (a word we definitely don’t use in Oz unless referring to boats) had used the same phrase. And never say you will check your “diary” when planning a meeting. Here they think you are about to reveal your deepest, darkest personal secrets.


Pronunciation is also a bone of contention. Since when has aluMINium been ALUMinum? And is there conTROVersy or CONTRAversy? I must admit I now look at my “skedule” instead of my schedule and have learnt to roll my r's.  This was prompted by an incident when I first arrived in New York. I asked a “store” assistant in my clearest english where the butter was. They sent me to the pasta pantry. Like water, apparently both words have a d in the middle not a t and end in errrrrrrr. However “erbs” for me will forever have an 'h' at the beginning.


No, in order to be understood here, you really do have to alter your language, but this then causes groans from those back in Australia. A girlfriend implored me to stop calling autumn “fall” and my brother was horrified when I suggested he "reach out" to a friend rather than call. I now wear flip flops on my feet and thongs as underwear. I take vacations instead of holidays, the elevator not the lift and "savor," "flavor" and "color" in my written language (but that is probably because of my american spell check more than anything). I cook with cilantro not coriander and unfortunately wear a sweater instead of a jumper. But I will never, ever, wear "panties." And if any man ever asks me to take these off, he will be promptly banished from my sight. One of the better things about going out with an older South African. He just takes them off rather than referring to them at all!

Posted by Aussie New Yorker at 7:00 PM No comments: 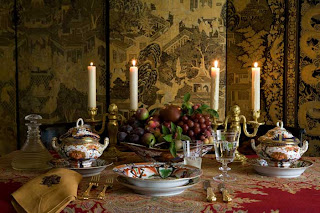 "As we express our thanks, we must never forget that the highest appreciation is not to utter words, but to live by them."
- John F. Kennedy

To all those Americans, may you have a happy and safe Thanksgiving. To all of us not from this land, may we savour the color and beauty of this time of year. 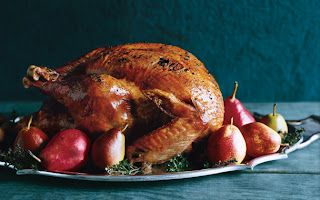 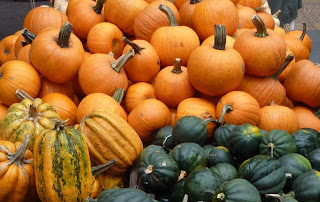 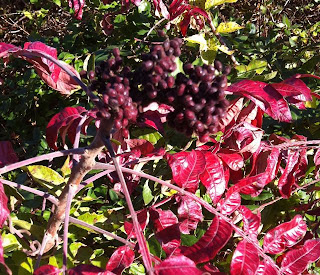 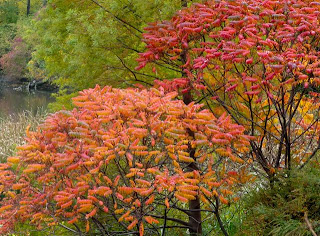 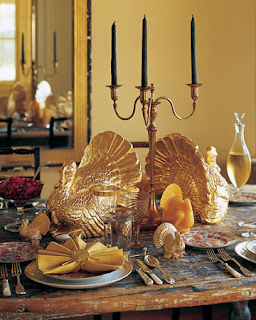 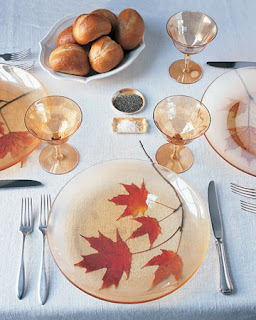 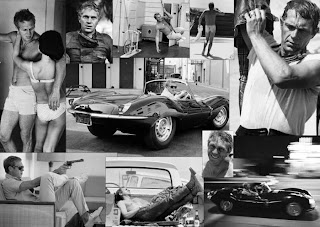 I was wandering aimlessly through the Marais in Paris a few weeks ago and stumbled upon this wonderful photography exhibition of Steve McQueen at La Galerie de L'Instant. It's an amazing photographic gallery that just finished showing an exhibition on Kate Moss.

I think I have only ever seen one of McQueen's movies - The Great Escape - and I know he was hot and all that, but he was never one of my pin up boys. I was more into David Bowie androgyny than the muscular and rugged American acting hero. But I have to say these photos literally stopped me in my afternoon reverie and coaxed me into the galerie for a closer look.

Taken by John Dominis in 1963 for Life Magazine at McQueen's home in Palm Springs, these photos truly capture McQueen's sexy-sure cool even before he was the icon he became. Apparently this is the first time the photographs have been shown in a galerie. If you are in Paris before December 11th, it is worth taking a look. 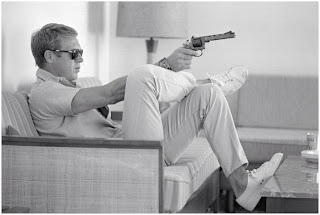 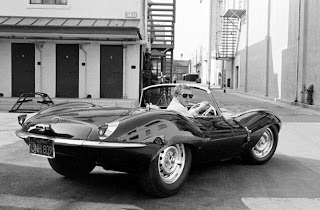 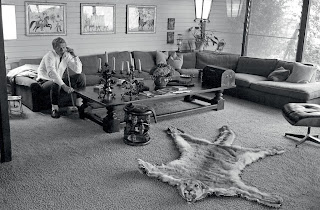 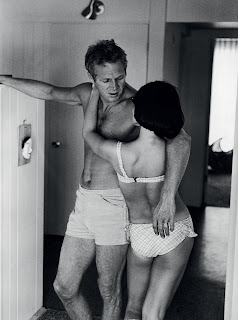 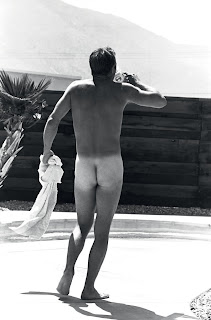 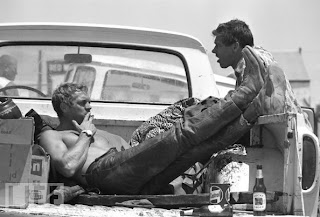 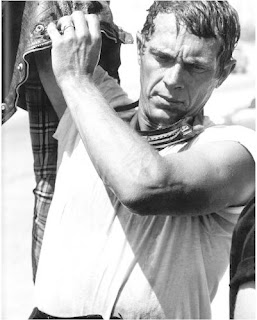 If you can't get to Paris, try and find the book "Action" that has been published in conjunction with this exhibition. Nothing like going to bed with Mr McCool on your bedside table! 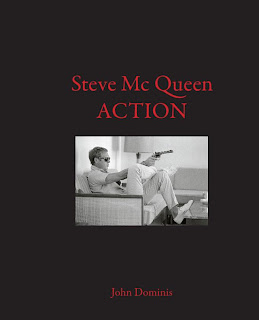