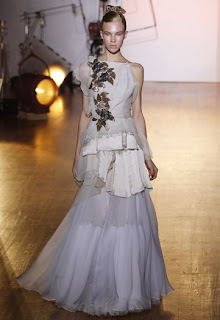 New York Fashion Week started here yesterday with hardly a ripple or murmur. I think most people are simply annoyed because it falls over the long weekend! Or maybe it's because of the news of Alexander McQueen's suicide. Or on a more fatuous level, perhaps it's because the huge snowfall the day before made sure that the fashionistas sported rain boots to the tents rather than the bejeweled heels of the coming spring.
Anyway, regardless of all this, I had the good fortune of supporting an Aussie Designer by being invited to Toni Maticevski's show. As a brand, he flies very under the radar - certainly here because I don't think anyone even stocks his designs - but even in Oz, he's not a "big name". He should be. His designs are exquisite. His fall 2010 collection was a mass of sequins, diaphanous chiffons and silks, gold leaf motifs, appliqued metallic florals and pleats in the most unexpected places. The colors were all muted in dove greys, creams and black with vibrant slashes of rich gold, and alot of knickers and bras were on display, which is quite ambitious for Northern Hemisphere winters! But maybe he was thinking more AFI Awards or film premiers in Sydney. Whatever he was channeling, the final effect was pure romance, whimsy and femininity, all of which we need in these troubling times. 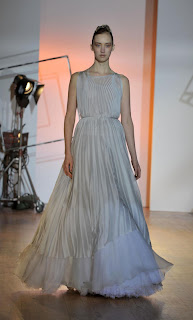 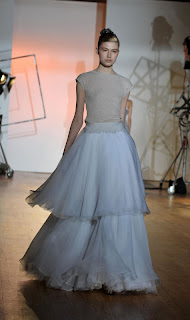 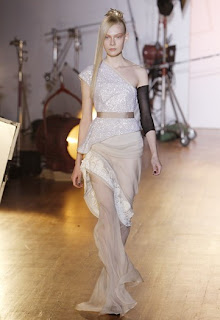 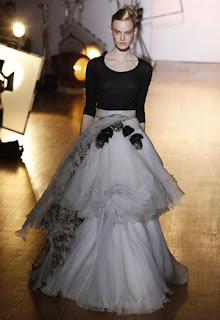 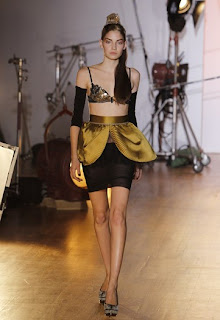 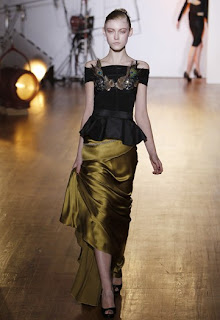 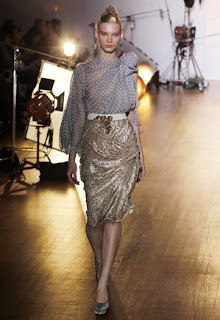 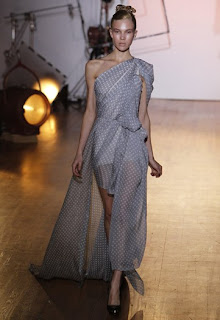