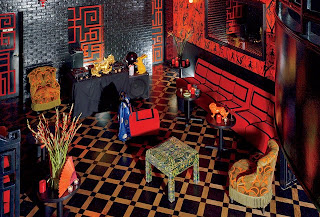 Good Golly Miss Molly. I'm back in New York to find that the Frogs have followed me! According to the NY Times and Vanity Fair, Parisian nightlife is not enough for the fickle French youth. So they have crossed the pond to infiltrate our nightlife scene!

Now I'm no longer a night owl, preferring a book in bed to dancing on the bar. So I have to rely on the anesthetist's hip 20-something friends (don't ask how that works given he is old enough to be their father) to fill me in on what's hot. According to one very lovely and very talented young Austrian photographer, New York's nightlife is one of the most boring in the world and Paris is the best! Mickey Boardman, editorial director of the offbeat Paper Magazine seems inclined to agree. "Night-life in New York is so sanitized these days. We long for French things." Who would have thought? So perhaps that is why the Frogs are here. To show us how it's done?

Whatever the reason, the uber cool and French-inclined are somehow getting past the notoriously difficult velvet rope scenario to be as dirty and French as you like in super exclusive Parisian-style hot spots around town. There's Le Bain on the roof of the Standard Hotel in Meatpacking, which has to - ironically - have one of the best views of Manhattan. They run an aptly named Sunday party called 'Nouveau York.' And nightclub impresario Andre Saraiva, has just opened the NY outpost of his incredibly elite and successful Le Baron franchise. Saraiva chose the grungy area of Chinatown for his location because of its mix of bohemians and immigrants. And that really sums up the crowds at these places. If you're not an artist, muso or rebel, you better make damn sure you look and sound like Jane Birkin or are  hanging off the arm of a Serge Gainsbourg lookalike. Because a business suit and formidable bank account just won't cut it here. It's all about the smokey eye, the casually held gitane and a large dose of french insouciance. In the words of Monsieur Saraiva, "Let's smoke cigarettes and get naked." 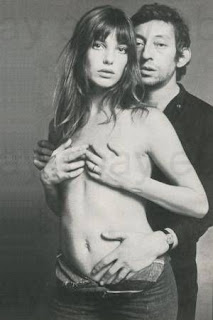