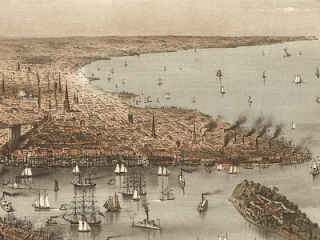 Today we had brunch in the one area left so close to Manhattan but so far from everything else. It's called Red Hook and it is in Brooklyn. It has been relatively untouched and ungentrified because there is no public transport anywhere near it and because there is a dirty great highway that pierces its middle, thus severing it from the rest of Brooklyn. It's only claim to fame is an enormous Ikea in its midst that I had the misfortune of visiting on my second weekend in New York all those years ago. I was looking for a round table to fit into a very small kitchen and at the time, it seemed like a good idea to take the "free bus on sundays" from Penn Station to Ikea (that's what you do when you don't have your own transportation). I think I lasted 5 minutes in the store and was so freaked out that such a huge retail space existed in pretty much the middle of nowhere that I promptly got back on the bus and hid my eyes until we reached the Brooklyn Bridge. 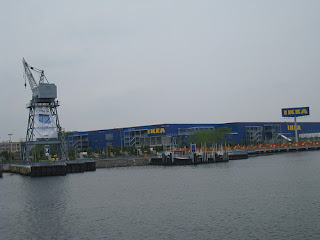 Apart from this blue and gold menace and a load of terrible housing projects, it does have a few things going for it:
It is right on the waterfront, which is priceless in this city. The fact that this particulart part of the waterfront has nothing to offer - yet - is irrelevant. 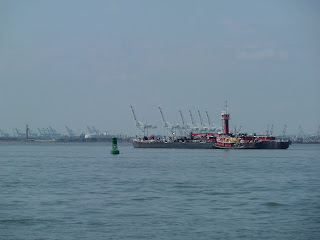 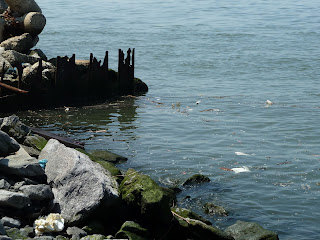 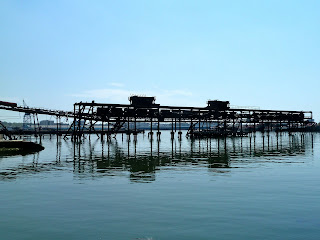 The hipsters and the artists have started moving in because DUMBO and Williamsburg are too expensive now. This means some cool little stores and cafes and a summer arts festival on the docks. 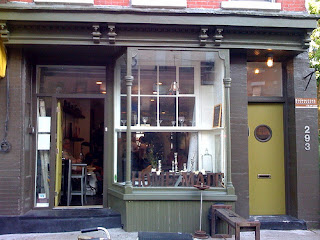 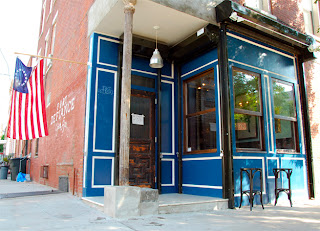 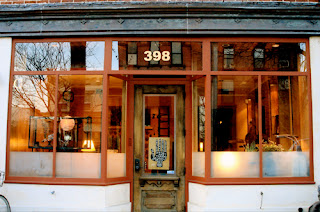 It offers an extraordinary view of the Statue of Liberty. You feel like you could reach out and touch her torch. 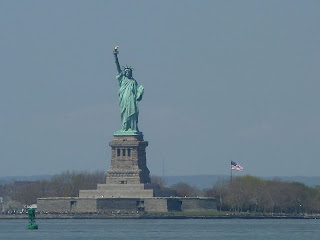 It has some stunning ready-to-renovate shipping warehouses - some of which are slated for the heritage sticker - that one day will become multi million dollar waterfront warehouses. 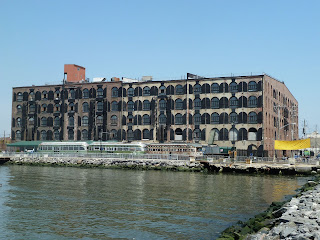 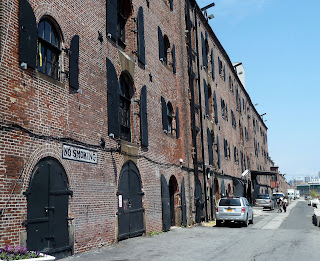 Other than that, there is really not much to say about the place! The anesthetist and I imagined trying to live there and make a fortune by buying a run down warehouse now and selling it in 10 years time. But by the time our feet were back in Manhattan, it seemed a very distant and reckless thought. This is absolutely the only place to live.