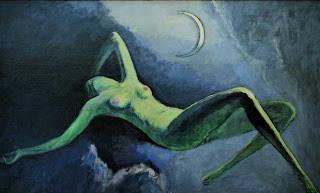 La nuit ou la lune, 1922
A few weeks back when I was in Paris, I went to a Van Dongen exhibition. I really didn't know that much about him beforehand, but I'm a mad fan now - particularly of his early work. Born 1867 in Holland, he became a "fauve, anarchist and socialite" in Paris between the wars. He used color beautifully, inspired by his numerous trips to Morocco, Egypt and Spain and the likes of his contemporaries Derain and Matisse. Yet Montmartre and its women became his main subject in his later life. He ended up with a very wealthy socialite who changed his life, offering him entry into the salons and bourgeois life of Paris in the roaring 20's and 30's. This influenced his style tremendously, as he focused more on portraits of wealthy women in their silks and ermine.

I'm not so mad on this later period, but here is a selection of some of his paintings from the exhibition that really transfixed me. 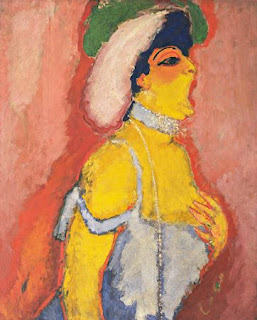 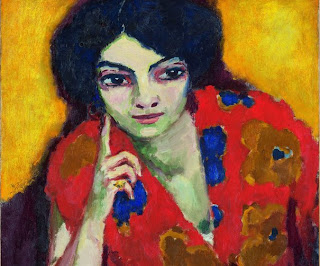 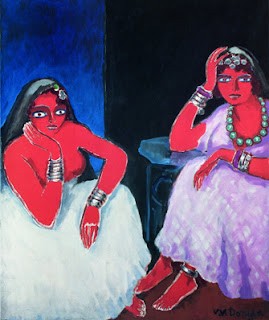 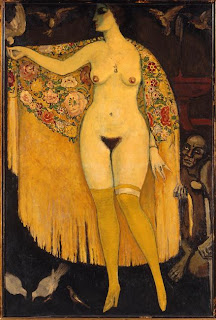 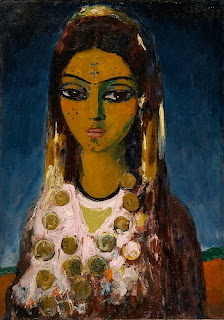 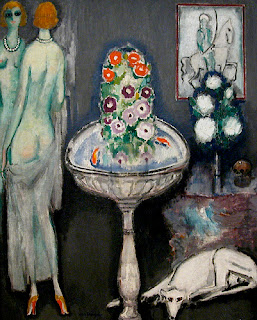 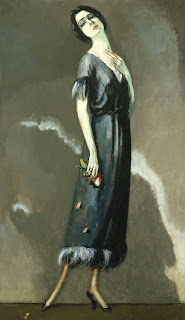 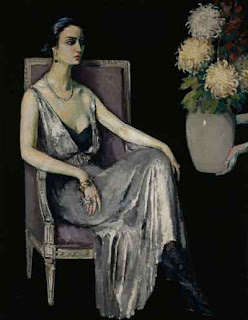 Le Sphinx,  1925
It's very hard to find a good book on Van Dongen's work. But there was a beautiful catalogue published as part of this exhibition. You may be able to purchase it through the museum in Paris, here. If you are in Paris, I would urge you to go and see this. It finishes 17th July.
images: Paris museum modern art
Posted by Aussie New Yorker at 7:00 PM