"Without freedom of speech, there is no modern world,
just a barbaric one."
- Ai Weiwei
A silent but defiant protest has appeared in front of my work building. It is the work of dissident Chinese artist Ai Weiwei. He was supposed to come here a month ago to open his installation, alongside Mayor Bloomberg. Unfortunately he was and still is regrettably indisposed at the hands of the Chinese government, being held in a place no-one knows where.
"Circle of Animals" is a series of 12 animal heads making up the Chinese Zodiac. They are each cast in bronze and stand majestically, as if on guard of the fountain they reside by. When Bloomberg unveiled the installation, he spoke of New York as a city "that fiercely defends the right of all people to express themselves," and referred to Mr Ai as "one of the most talented, respected and masterful artists of our time."
It seems the world agrees. Although Mr Ai is nowhere to be seen, his voice is heard around the globe as his art continues to be installed. When some new work of his opened in a Berlin gallery recently, it was accompanied by a huge banner by artist Rirkrit Tiravanija asking, "Where is Ai Weiwei?" Another exhibition is currently on at Lisson Gallery in London. 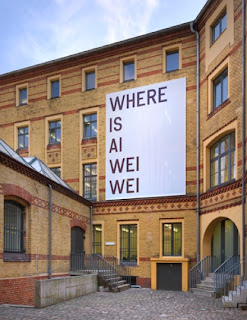 The crazy thing about all this is that most people outside the art world - myself included - wouldn't have even known who Ai Weiwei is before he was detained. Now, in trying to silence him, the Chinese authorities have only succeeded in making his voice louder and more easily heard. 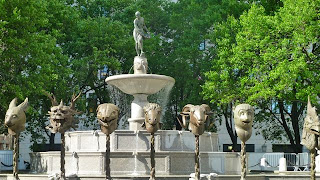 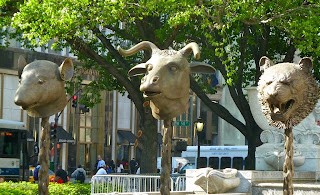 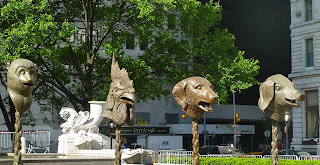 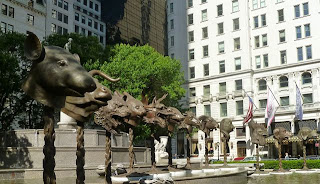