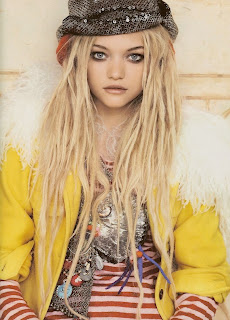 According to Fashionologie, Aussie model Gemma Ward "has not done with modeling yet". I must say I have been wondering where she disappeared to for the past two years. The last time I saw her was standing in the loo line at the Gramercy Park Hotel. I was wedged between Gemma and some other Glamazon - it was New York Fashion Week after all - and for some ungodly reason, I was wearing flat shoes. What was I thinking?! So Gemma towered over me with her sky-high Louboutins and long, long straw-blonde hair which she kept flicking over her shoulder and into my face (perhaps she was trying to connect with a fellow aussie?).
Then she was suddenly gone;  from the bathroom, the catwalk and the pages of Vogue. Her famous wide-eyed alien look morphed into Sasha Pivovavora to the point that I honestly could not tell if I was looking at Ms Russia or Ms Australia: 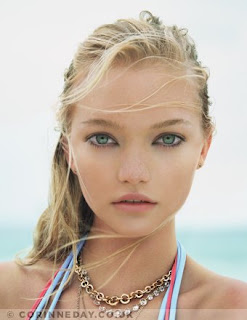 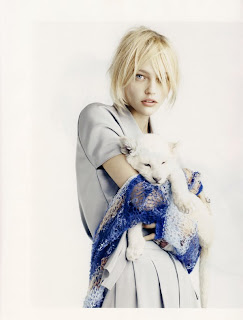 I thought that Gemma was perhaps devastated when she realized she had a doppelganger. But no. Apparently she has been grieving the death of her friend Heath and taking time out to star in a film and do some shakespearian acting classes (as you do when you're a top model). The good news is we will see her on the catwalk again next year! So in homage to her earlier work, I turn to this fabulously kitsch Vogue US shoot by Norman Jean Roy in the December 2007 issue: 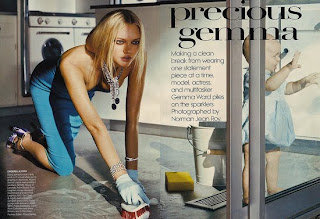 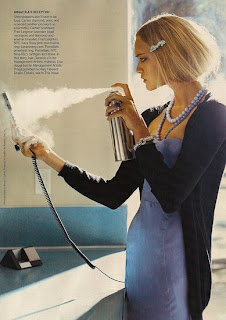 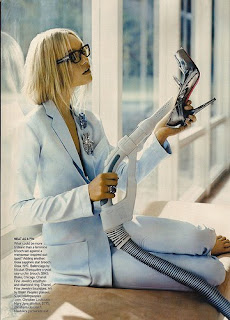 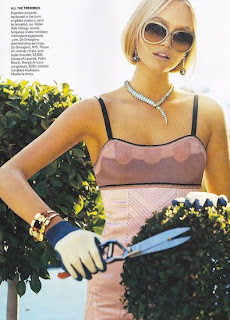 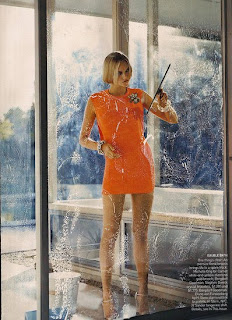 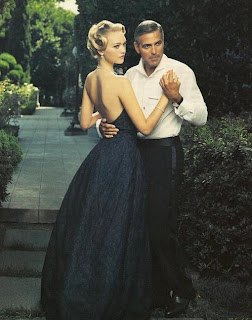 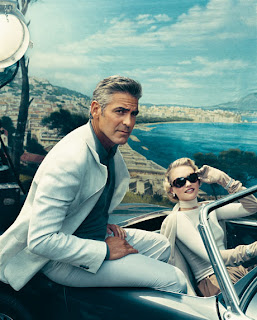 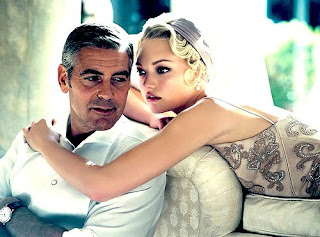 Posted by Aussie New Yorker at 7:18 AM