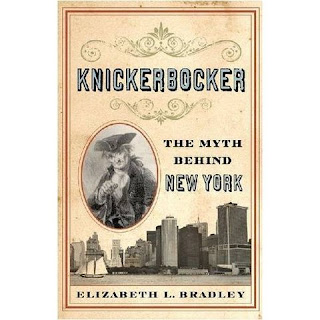 Definition (courtesy of www.dictionary.com):
1. A descendent of the Dutch settlers of New York
2. A native or inhabitant of New York
3: Full breeches gathered and banded just below the knee

It all started in 1809 when a certain Mr Washington Irving - of "Rip Van Winkle" fame - published "A History of New York," a satirical account of the settlement of New Amsterdam, which we know today as New York. 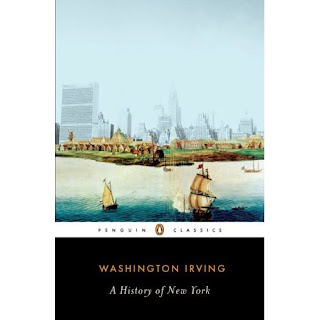 Irving wrote this under the pen name Diedrich Knickerbocker, posing as a Dutch historian who wove fact and fiction into his chronicles of this fabled city under Dutch rule in the 1600s. Full of anecdotes such as the reason for the higgledy piggledy street layout in lower Manhattan being due to the meandering Dutch cows, and claiming the donut for the city, New Yorkers of the time became enamored with Knickerbocker and his tales. So much so, they thought he was a real person.

Since then, New Yorkers have embraced this character as an emblem of everything quintessentially New York. Knickerbocker's legacy can still be found all around the city:

It's where the basketball team New York Knicks got their name.

There was a Knickerbocker beer but sadly it was discontinued in the 70's. 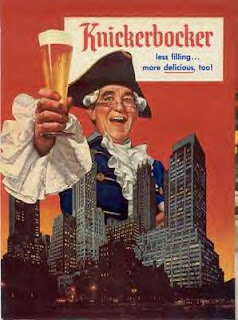 The Knickerbocker Club is located at Fifth Avenue and 62nd Street. It's a private men's club that dates back to 1871 and whose past esteemed members included John Jacob Astor IV, Roosevelt's son and David Rockefeller. 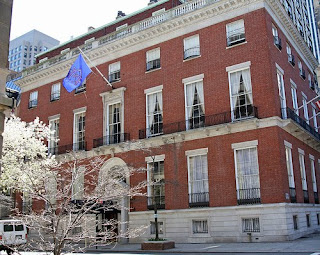 The Knickerbocker Bar and Grill has been a Greenwich Village fixture since 1977.  It's known for its live jazz and leather banquettes, remnants of the Grill when it occupied in the former Knickerbocker hotel in the early 20th century. 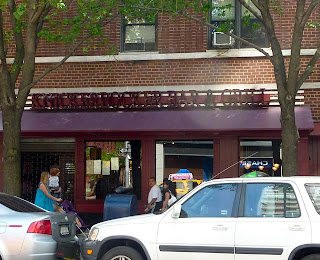 There was a Knickerbocker Hotel located at 1466 Broadway at 42nd Street. It was an opulent hotel built in 1901 and supposedly the residence of opera titan Enrique Caruso and birthplace of the martini. 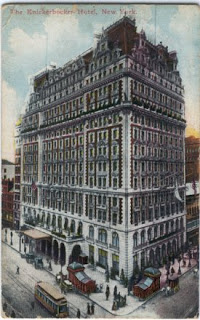 Although the hotel no longer exists, the building does and so does a secret entrance that has been sealed up in the 42nd street subway station. Behind this door lie stairs that lead to what was once the rear lobby of the hotel. 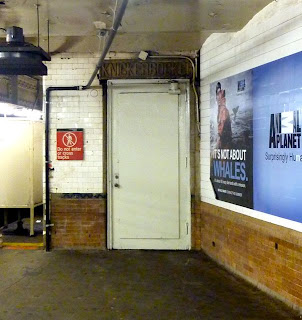 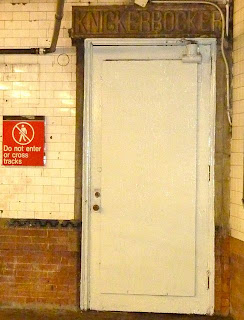 Who knew that one day I would be called a knickerbocker as well!
Images: amazon, michael dore, a history of new york, flickr, mine, forgotten new york, mine
Posted by Aussie New Yorker at 8:44 AM