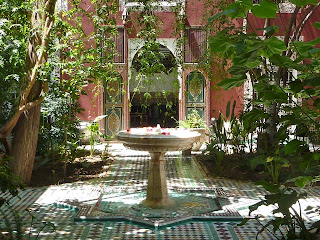 So I want to tell you about the Riad I stayed at in Marrakech.

There are so many divine places to choose from that I whipped myself into a frenzy researching the perfect place on Mr & Mrs Smith, i-escape, chic retreats, travel intelligence, tablet hotels.....you get the idea. In the end, I decided that I wanted quintessential Moroccan charm rather than modern dutch minimalism or southern African safari style.

I found it in the form of Riad Kaiss.  Blessed with the most central position, close to one of the most famous squares in the world - Djema el Fna - it was completely renovated some years ago by French interior designer Christian Ferre. Since he "passed", as the Americans say, the new owners have carried on the Riad exactly as Ferre left it.

A Riad by definition is a townhouse/mansion that wraps around a central courtyard, hidden from the mayhem of outside by wonderfully robust adobe walls. The only sound that drifts over the top of these walls is the sound of the muezzin calling all muslims to prayer 5 times a day.

Riad Kaiss is a glorious riot of moroccan lanterns, tiles and fountains, wrought iron and archways, sleepy corners to curl up in with a book on top of an old kilim, weathered cane armchairs on which to sip your mint tea, a teeny pool to cool off in after a stint in the souks and a courtyard garden full of Seville orange trees and other lush greenery. 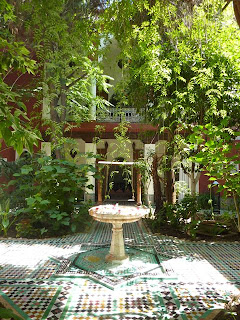 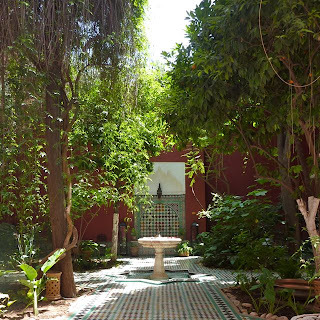 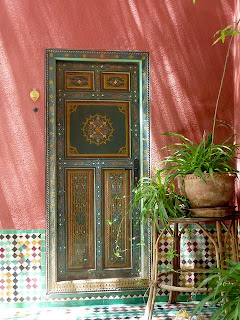 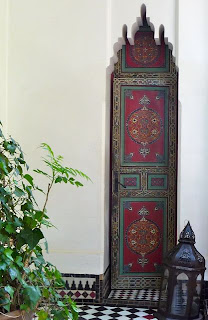 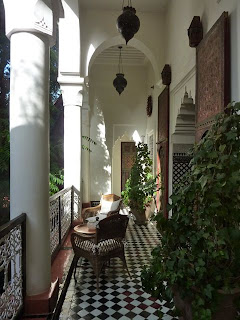 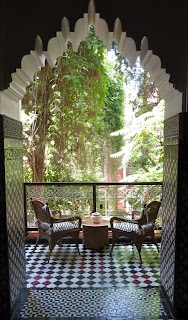 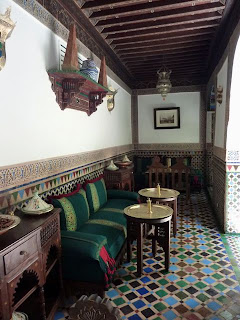 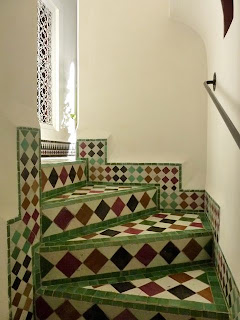 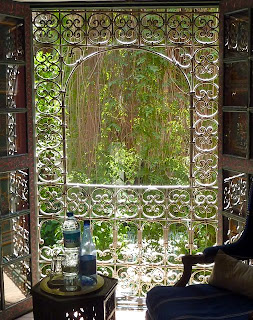 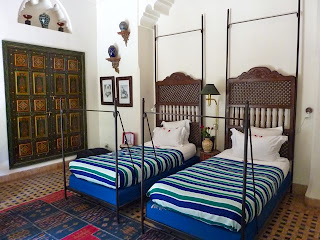 At sunset, you can climb one of the myriad tiled staircases to the rooftop where you can listen to the prayer call whilst looking over the other Marrakech rooftops. It's as close to heaven as I have been for a while. 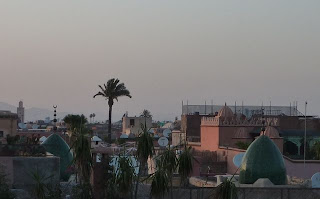